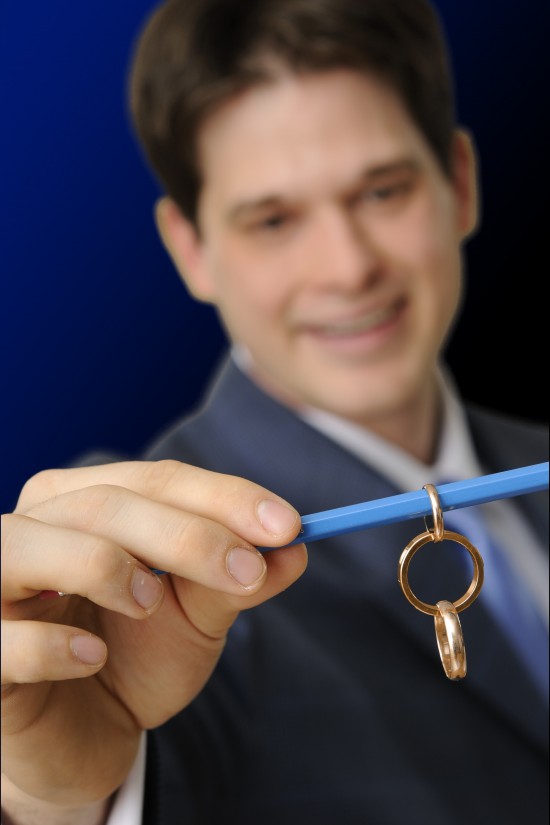 Get ready for infectious laughter; stunning magic; and a lot of fun.  Described by MAGIC Magazine as “a breath of fresh air;” Marsh’s blend of genuine warmth, wry humor, and stunning impossibility has been seen off-Broadway in New York City; on Women’s Entertainment Television; and at private events at the Straz Center for Performing Arts, Walt Disney World Dolphin Resort, Hard Rock Casino, Millennium Hotel, the Gaylord Palms, and at finer hotels, convention centers, theaters and resorts throughout the United States.

Born to two vacationing artists on an Appalachian mountain-top, Nathan Coe Marsh was never quite ordinary. A childhood passion for movie special effects (his mother would open the refrigerator to find bowls of homemade fake blood) blossomed into a love for live magic when a family friend levitated a dollar bill at a dinner party.

Classically educated, Nathan received his BA in philosophy and history of mathematics from St. John’s College in Annapolis, Maryland. By day a dutiful student, after dark Nathan pursued his career training; performing at local events and spending as much time as he could at an undisclosed location in suburban Baltimore where professional magicians would gather late into the night.

After college, Nathan polished his act performing nightly at a local dinner theater. As word of mouth spread, he found his work in demand at corporate and private events; and his performances grew into a full-time business.

We’re very excited to have him perform for us on Friday, April 1st and are thankful he was able to take time from his busy schedule to come.